'Way Out of Crisis' 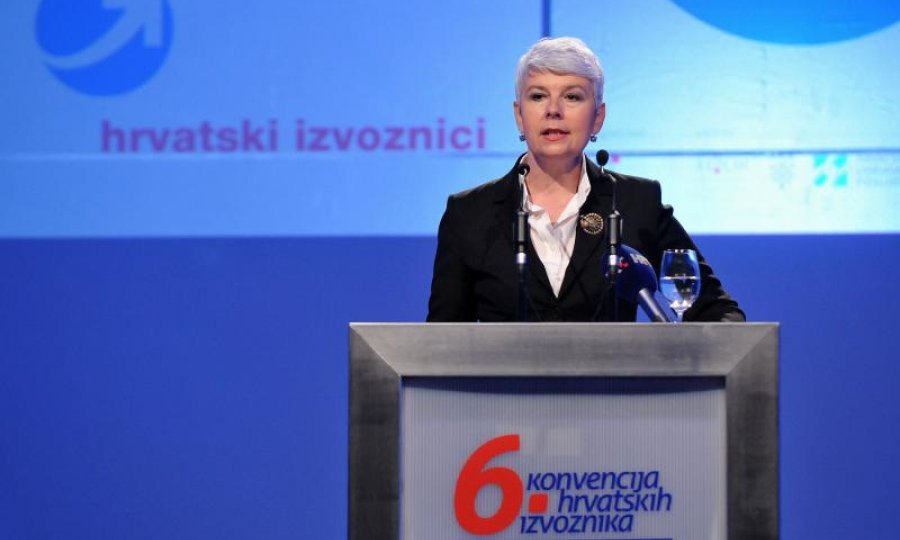 The government supports Croatian exporters' proposals and is already implementing some of them through its programme, Prime Minister Jadranka Kosor said on Wednesday at the 6th convention of the Croatian Exporters association, which is entitled "Our Way Out of the Crisis".

Congratulating the exporters on exporting nearly EUR 8 billion in the crisis year 2010, 18.2% more than in 2009, and on the fact that this year has already seen a 5% growth, Kosor pledged to exporters that a meeting would be held with them to agree on the measures proposed by their leader Darinko Bago.

Kosor commended the exporters for the fact that, although they accounted for only 12.4% of Croatian companies, they were generating nearly 63% of total revenues and for investing HRK 565 million in research and development in 2010, or 66.5% of total investment in that field.

Kosor pledged even stronger incentives, especially for export-oriented companies, and announced the strengthening of the economic diplomacy through the appointment of trade attaches who will support Croatian companies in export activities. Five attaches have already been chosen for Ljubljana, Munich, Vienna, Milan, and Chicago.

Kosor also pledged forthcoming amendments to the laws on the stimulation of investments and on public procurement which, according to Bago, cost 60,000 people their jobs in the last three years.

Bago called exporters, 12,000 of more than 96,000 companies in the country, "the Croatian economy's centre of excellence" as they account for 38% of GDP, employ half the workers in trade, have a 2.17% higher profit than all other companies, and use capital 30% more efficiently.

In order to further increase exports, the Croatian Bank for Reconstruction and Development should be strengthened by increasing the stock capital necessary for competitive loans with significantly lower interest rates and a 15-20 years' repayment period, it was said.

Bago also pushed for significantly stepping up control and protection from poor-quality and subsidised import goods.

At the convention, the best importers were presented with the Golden Key awards.

A panel was also held at which representatives of the government, the World Bank, the Institute of Economics and macro-economists discussed exporters' problems and expectations of 2011.