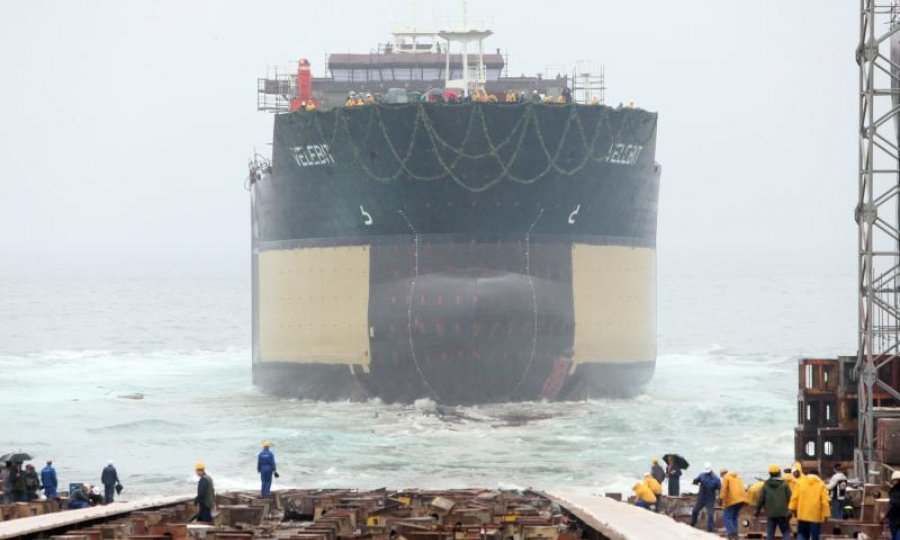 The government is thinking about tying the offer for the privatisation of the 3. Maj and Brodotrogir shipyards to the same group of bidders, Economy Minister Radimir Cacic said on Thursday after meeting with representatives of unions in all Croatian shipyards.

Regarding the privatisation of those two shipyards, for which the government has 60 more days, we are in touch with Chinese and Russian partners as well as with Croatian partners with whom we are discussing a joint offer for 3. Maj and Brodotrogir, Cacic told reporters.

The privatisation of 3. Maj will include a serious restructuring, while in Brodotrogir, shipbuilding will be considerably downsized while the rest of the shipyard will be used as a first rate marina, Cacic said.

The government is negotiating with DIV, the company expected to buy Brodosplit, on an additional cost which reaches nearly HRK 800 million and which the government took on after additional due diligence, said Cacic.

That has to be approved by European Commission and after a positive outcome, the ownership stake will be taken over and restructuring will begin, he added.

For Kraljevica, which is filing for bankruptcy, it has been decided that the obligations to its workers, in the total amount of HRK 55 million, will be settled in accordance with the collective agreement, said Cacic.

Regarding Uljanik, the only shipyard without financial difficulties, the offer for recapitalisation has been accepted which the management and banks agreed with the union, said Cacic.

Union representatives said they were satisfied with today's talks but warned that contracts for new ships must be signed, as without contracts there would be no shipyards.

The president of the HUS union federation, Ozren Matijasevic, said he was especially pleased that the immediate payment of one late salary to Kraljevica employees had been agreed and that the two ships waiting in the shipyard would be completed.