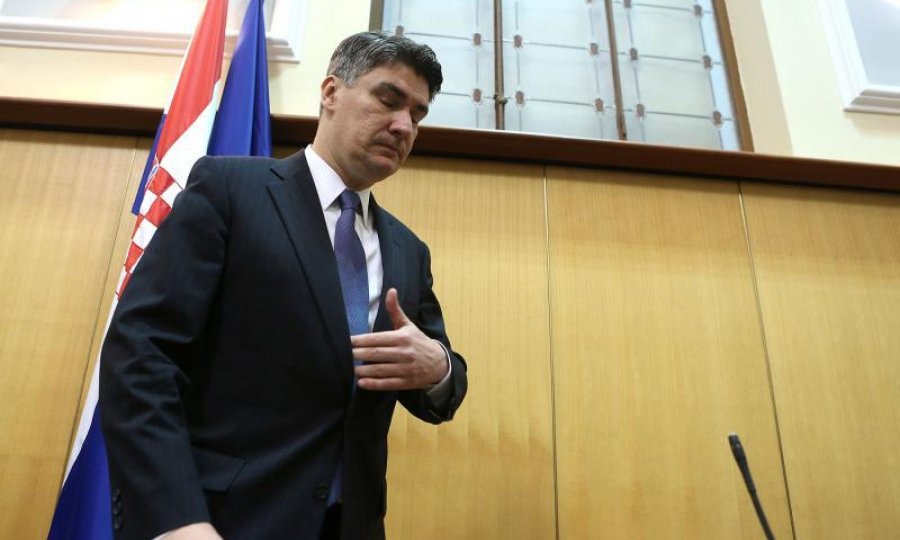 Croatian Prime Minister Zoran Milanovic said on Thursday he was unhappy about the latest developments in the INA-MOL case, and called on his cabinet ministers to refrain from comment in light of ongoing criminal proceedings against MOL board chairman Zsolt Hernadi in Croatia, on which the Croatian government could have no influence.

"I do not see the developments in relation to MOL as a state of war. This is not the way we will communicate. I can understand the Hungarian government to some extent. I require from myself and you to exercise maximum restraint and make no comments in the public. If anybody needs to comment on the topic, it is me and the head of the Croatian negotiating team, Minister Ivan Vrdoljak," Milanovic said at the start of the cabinet meeting in Zagreb. He noted that the proceedings "were launched much before this cabinet stepped into office."

"Even if it were not so, we would not be able to influence it," Milanovic said, adding that that the Office of the Chief State Prosecutor (DORH) is independent in its work.

Milanovic noted that Hungary's oil and gas group MOL and the Croatian government had certain contractual obligations towards each other in INA and therefore he urged restraint from comments.

"Let DORH do what it has to do within international legal aid. I can only say that I am not happy with the latest developments," Milanovic reiterated, adding that he cannot and will not elaborate on the details of criminal proceedings with which he was not acquainted well.

"I hope that the message is clear for the public and the Hungarian government. The Croatian government has nothing to do with this case, and we will agree on how to proceed with the negotiations with MOL," he said.

Later at the meeting, Milanovic said that when it came to diplomacy, it was not common to talk about friends and enemies, but that he stressed that Hungary had been "Croatia's proven helper in the last 20 years."

"Our cooperation with Hungary has always been good, and I believe nothing will change that," the Croatian PM said, adding that bilateral cooperation had been excellent since he had taken over the helm of the Croatian government.

The Hungarian government on Wednesday ordered the management board of the energy company MOL to review its portfolio and, if necessary, prepare the necessary steps to sell MOL's stake in the Croatian oil and gas company INA. The government ordered the Justice Ministry and the State Property Management Agency, which manages the state's stake in MOL, to examine the steps in civil and criminal law that could be taken regarding the accusations against Hungary and MOL in the MOL-INA case. It also cancelled Foreign Minister Janos Martonyi's participation at the Croatia Forum on energy security, due to take place in Dubrovnik on Thursday and Friday.

The Hungarian government's response comes after the Croatian authorities issued an Interpol Red Notice and a European Arrest Warrant for MOL's CEO Hernadi after the Hungarian authorities would not serve him with a summons to be questioned in Croatia. Hernadi was placed on an Interpol Red Notice on Wednesday afternoon. It carries his photo and personal details and says that he is wanted in Croatia for offering a bribe. The Hungarian police on Wednesday received a warrant for his arrest and forwarded it to the Justice Ministry.

By issuing an Interpol Red Notice and a European Arrest Warrant (EAW) for Zsolt Hernadi, CEO of the Hungarian energy company MOL, the Croatian authorities are violating the law of the European Union, MOL said in a statement on Wednesday,

Recently the Croatian negotiating team, chaired by Economy Minister Vrdojlak, and MOL's delegation held the first round of talks on how to amend the shareholders' agreement in INA.