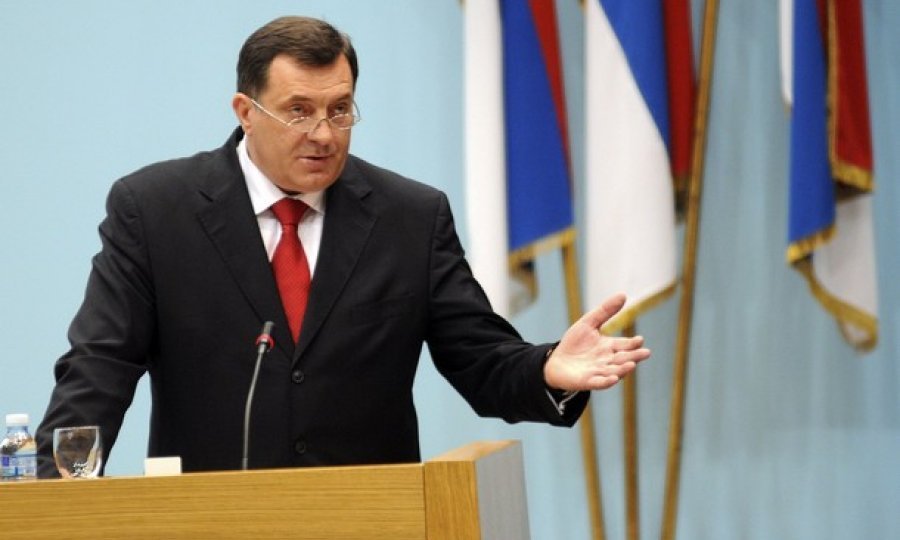 "Bosnia and Herzegovina is in a permanent crisis as proof that it is unfit to survive," Dodik told the press after meeting with Serbian President Tomislav Nikolic, their first meeting since Nikolic stepped into office on May 31.

Nikolic and Dodik agreed that there was a constant need to promote mutual cooperation based on the agreement on special ties between Serbia and Republika Srpska.

Nikolic said that he would invest maximum effort to further promote friendly relations between Serbia and Republika Srpska, adding that peace and stability in the neighbourhood was Serbia's absolute priority, according to a statement from his office.

Dodik said that the Bosnian Serb entity would continue to promote compliance with UN Security Council Resolution 1244 on Kosovo, while Nikolic said he was preparing a national strategy on Kosovo, adding that Serbia had so far not come out with a specific plan, but had only been responding to Kosovo's demands.

With regard to Republika Srpska, Nikolic stressed the need for commitment to the Dayton peace agreement.