Vandoren, Cacic on investments and shipyards 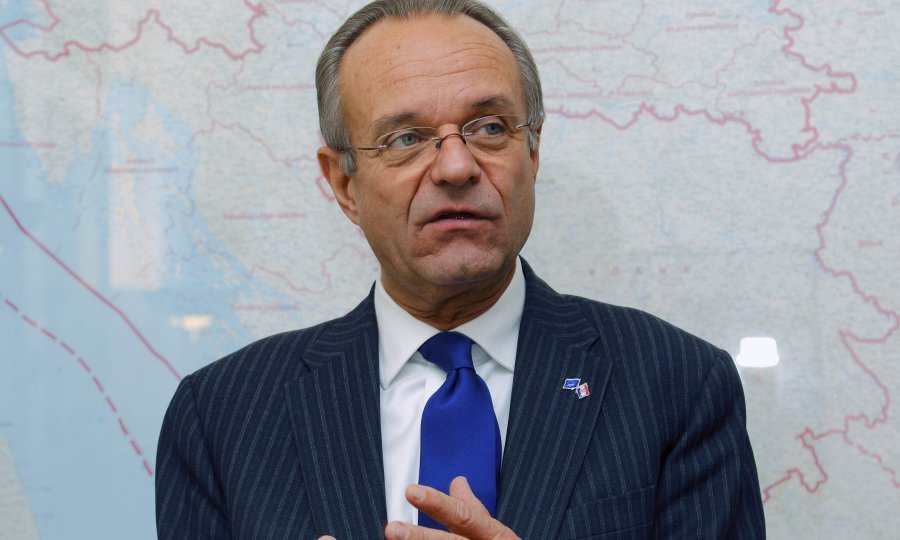 The head of the Delegation of the European Union to Croatia, Ambassador Paul Vandoren, and Croatian First deputy Prime minister and Economy Minister Radimir Cacic met in Zagreb on Friday to exchange views on the issues relevant for the ongoing reforms in improving the business environment and investments as well as the shipyards, the Delegation of the European Union said in a statement.

All this is of great importance for the economic recovery and prosperity of Croatia as a future EU member state, the two officials agreed.

According to the statement, Cacic informed the Ambassador of the progress made by the government on the list of obstacles to foreign direct investments identified by the ambassadors of the EU member states at the beginning of this calendar year.

Progress was reported primarily in the field of government procurement, the speeding up of decisions in the fields of taxation and para-fiscal fees as well as investment promotion. In that respect Ambassador Vandoren welcomed the planned measures providing incentives to investors considering investing in Croatia. He was also adamant that the government be as transparent as possible with the view to convincing possible investors to invest in Croatia and reiterated his willingness to co-operate with the view to finding satisfactory solutions.

Cacic also reported on work relating to legislation dealing with mining and concessions.

Commenting on the privatisation of shipyards, both Cacic and Vandoren agreed that the revision of the restructuring plans and privatisation contracts should proceed as quickly as possible.