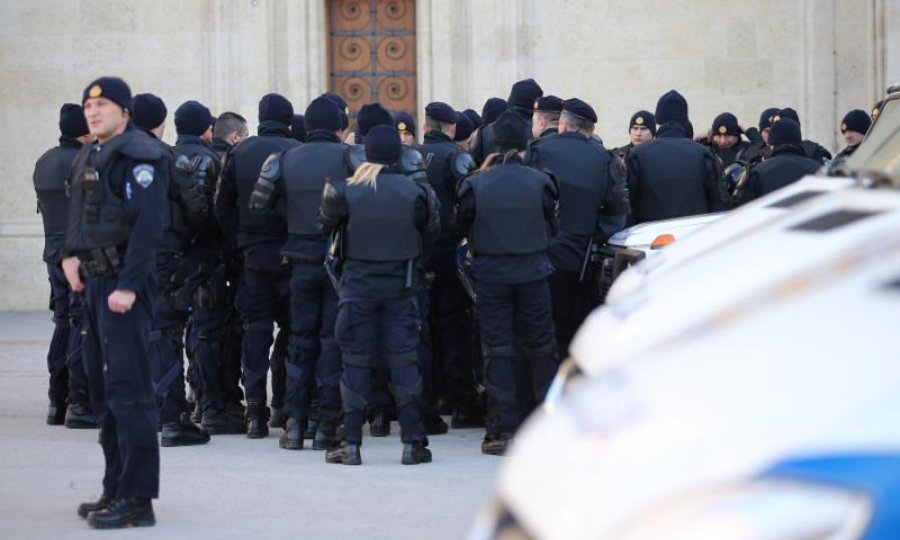 About 100 members of the LGBT community protested in front of the Zagreb Cathedral on Saturday against "the Church's homophobia and transphobia, hate speech and the persecution of LGBT citizens.

The rally ended without major incidents, with four persons from a group of opponents to the protest taken into custody for throwing eggs and lighters. About 100 riot police secured the protest.

There were about 500 such opponents, including about 100 disabled war veterans, many teenagers and members of the Bad Blue Boys group of supporters of the Zagreb football club Dinamo.

The rally, organised by the Zagreb Pride association, was called "Love thy neighbour in front of the Cathedral." Participants carried banners which said "I'm a man with a vagina", "The Church protects paedophiles", "Hate isn't a family value" and "Every heart beats the same".

Organisers urged participants to spread love by kissing and hugging, to which the opponents to the rally booed and said "You are not Croatia." When two girls kissed, the opponents shouted "Kill faggots" and most turned their backs to the LGBT community and prayed facing the Cathedral.

Organisers said the reasons for the protest were "the scandalous statements of a couple of days ago accusing (the LGBT community) of destroying Croatia" and the fact that they were being systematically demonised.

In its Facebook invitation to the protest, Zagreb Pride accused the Church "of insults during the (recent) conflict over health education."

Organisers reminded the Archbishop of Zagreb, Cardinal Josip Bozanic, today that Jesus Christ said "Love one another as I have loved you."

Matea Popov of Zagreb Pride told reporters the main reason for the rally was to send out a message of love "from a place where we hear only hate speech."

Organisers announced a new rally for January 16 to be called "Rally for secularism."

After today's rally, police drove away the protesters in vans for security reasons.

Before the protest began, more than 100 members of the HVIDRA association of disabled war veterans rallied in front of the Cathedral on Saturday to protest against it.

HVIDRA called on citizens to "peacefully defend the Church against a shameless insult."

Outside the Cathedral, believers prayed and held a banner with the image of the Virgin Mary.

An association for the promotion of family values called on citizens and believers to ignore the Zagreb Pride rally.