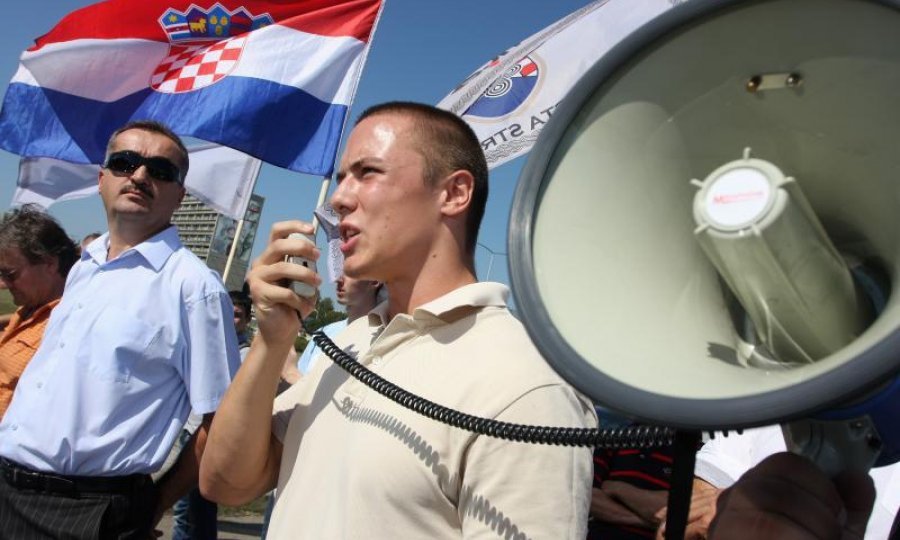 The Croatian Pure Party of Rights (HCSP) on Saturday accused President Ivo Josipovic and Prime Minister Zoran Milanovic of "hate speech, dictatorship, political conformity and a prelude to Bolshevism" because they supported a decision to ban an international nationalistic conference and Saturday's march for Croatian generals Ante Gotovina and Mladen Markac that were to have been organised by the HCSP.

Addressing a news conference, HCSP president Josip Miljak said the party was not afraid of the president's and the prime minister's "dictatorship", adding that they had insulted their guests by calling them Nazis and fascists.

"Those are serious insults and our government will have to answer for the things that were said, otherwise we expect it to resign," Miljak said, adding that insulting the HSCP's guests from the European Union would cause a diplomatic incident.

The HCSP's guests from Hungary, Bulgaria, Belgium and France were also present at the news conference organised by this far-right party. They condemned the banning of the HCSP conference, saying they would report Croatia to their governments and parliaments and to the European Parliament.

Miljak said the international nationalist conference was held after all, but in the HCSP offices and in "impossible conditions".

Meanwhile, some 100 members of the initiative United Against Fascism gathered in Zagreb's central Ban Jelacic Square to protest against international meetings of far-right parties banned by the police.

The existence of organised political forces whose programmes are based on the spreading of racial and ethnic hatred compels us to react, the initiative wrote on its Facebook profile.

They said they gathered in the main square "just in case", so that HCSP members and their supporters whose meeting was banned by the police would not show up.

A group of several people carrying Croatia's flag and the flag of the Croatian Party of Rights (HSP) gathered on the other side of the square, waving a banner that read "Patriots are not fascists, is that clear".

No incidents were reported.

Several hundred members of the United Against Fascism initiative gathered in the Ban Jelacic Square on Friday as well, after the Ministry of the Interior on Thursday banned the HCSP from organising the international gatherings of far-right parties.

The initiative had announced that it would prevent the nationalist gathering which it said advocated "the criminal Nazi ideology", but this did not happen because the police formed a human shield to separate the anti-fascist activists and a group of some 20 members of the far-right association Croatian Culture Movement (HUP) who rallied for a protest in the central square, so the rally ended peacefully, with the two groups trading insults.