New negotiations between public sector unions and gov't on Tuesday 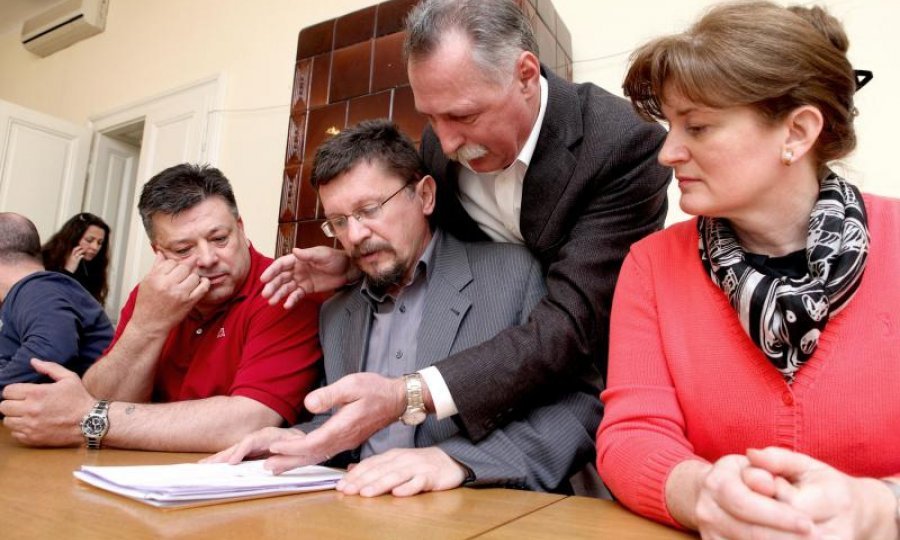 Public sector unions and the government did not come to an agreement concerning material rights for public-sector employees and a new round of negotiations has been announced for Tuesday morning.

The government proposed an agreement on amendments to salaries for public sector employees precisely defining when salaries would be raised. The government proposes that this be when Gross Domestic Product (GDP) reaches the 2009 level, prior to the crisis, Labour and Pensions System Minister Mirando Mrsic said after another round of talks held on Monday afternoon.

The afternoon meeting was held after negotiations held in the morning fell through and unions announced strike action as of June 5.

Minister Mrsic added that the government would pledge that it would not reduce salaries for public sector employees any further in 2013.

He repeated that the government would not buy social peace or go into debt to cover salary payments and hoped to sign an agreement that could be implemented.

Asked about the strike announced by some unions, Mrsic said that he hoped the strike would not take place and that talks should continue. This is a compromise, he said, and he considered that most unions would sign the agreement.

The country will not come to a standstill, the health system will function normally and I hope that state matriculation exams will continue as scheduled, he said.

President of the independent unions in secondary schools Branimir Mihalinec said that the strike announced for Wednesday would still be held.

President of the Matica union federation Vilim Ribic said that he would not attend tomorrow's meeting because the government's proposal was unrealistic. "They want to reinstate 3% of our salaries when GDP rises 5 or more per cent... which may not be for another five or even ten years", Ribic said.