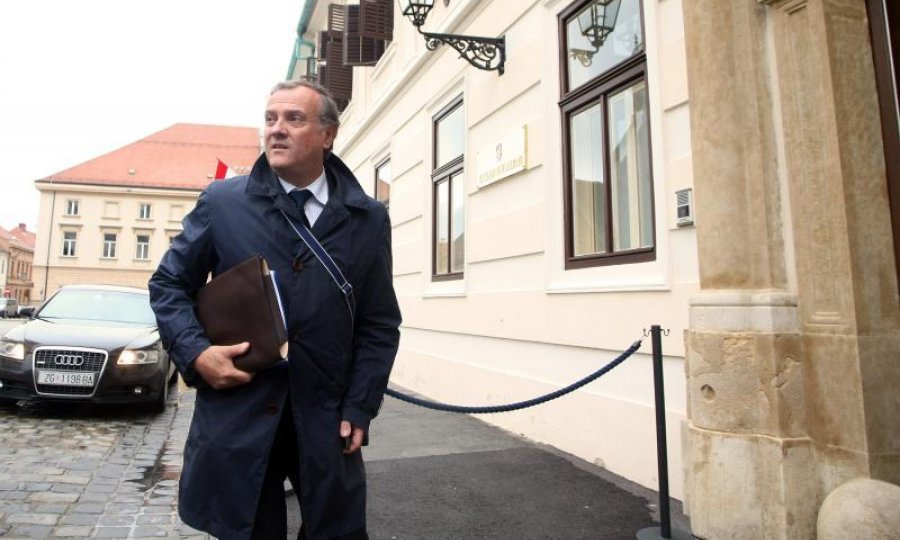 Croatian Justice Minister Drazen Bosnjakovic said on Sunday evening he had talked to his Serbian counterpart by telephone in the afternoon about the possible existence of a list of suspected Croatian war criminals other than the one provided by Belgrade previously.

"We don't have any list other than the one we have been given before," Bosnjakovic said in an interview with Croatian Television broadcast in its prime-time evening news programme. He said that the list contained the names of about 40 people.

The web portal pollitika.com has released a list containing the names of 340 Croatian war veterans for whom the Serbian judicial authorities had allegedly issued arrest warrants for war crimes committed in eastern Croatia in the early 1990s. It said that Croatian war veteran Tihomir Purda, of Vukovar, had been arrested at a border crossing with Bosnia and Herzegovina this past week on a warrant based on that list.

When asked by the programme's host what kind of list it was, Bosnjakovic said that he did not know how those people ended up on the list and who published it, adding that it was obvious that it was not compiled and delivered by the Serbian authorities.

"We, as two ministries, have very good cooperation and we have a joint commission," he said, adding that Prime Minister Jadranka Kosor had requested that the commission meet as soon as possible and that according to his information it would meet already next week.

When asked where those concerned could check if any proceedings were being conducted against them, Bosnjakovic said they could contact the Ministry of Justice. He added that it was mainly people who had already been prosecuted.

Bosnjakovic recalled that Croatia and Serbia had exchanged lists with the names of people wanted on war crimes charges, adding that there was cooperation between prosecutors on both sides.

When asked if he knew that Serbia was looking for Tihomir Purda, Bosnjakovic said that Purda was not on the list of 40 people and that the Croatian authorities were surprised by his arrest.

Citing his telephone conversation with Serbian Justice Minister Snezana Malovic, Bosnjakovic said that there had existed military courts in Serbia which prosecuted war crimes cases and that they had been abolished with the establishment of the Special War Crimes Tribunal in 2003. Their cases had been distributed either to any of the district courts or to the Tribunal.

When asked how Croatia could help Purda, the minister said: "Now we will request information to see exactly on what grounds he was arrested. We must establish facts to see why it happened so that we can take action." He added that "Croatian veterans should and must have confidence in the Croatian government."

Since the whole case was portrayed by politicians in the context of the publication of the Veterans' Register, Bosnjakovic said that the government's position was that its publication might produce "certain undesired consequences and misunderstandings and lead to possible proceedings, which I think would not be good."