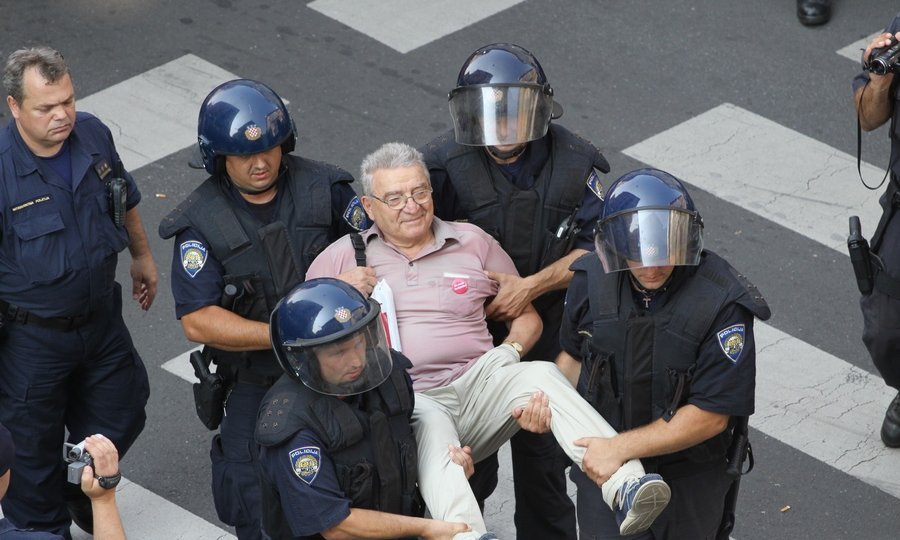 The human rights watchdog Amnesty International Croatia on Wednesday expressed concern over the large number of people briefly detained by police during a peaceful protest in Zagreb on July 15.

The organisation said that the police violated the right to freedom of peaceful assembly, and called upon the government to guarantee that right.

Amnesty International believes that during recent protests for Varsavska Street not only did the authorities fail to protect the peaceful protests, but they prevented citizens from exercising their rights, the statement said.

On July 15, the police were called in by the City Office for Physical Planning to secure the start of construction work on an entrance ramp to an underground car park in Varsavska Street in central Zagreb. A total of 151 people were detained for putting up passive resistance to the construction work, and were banned from approaching the street for a week.