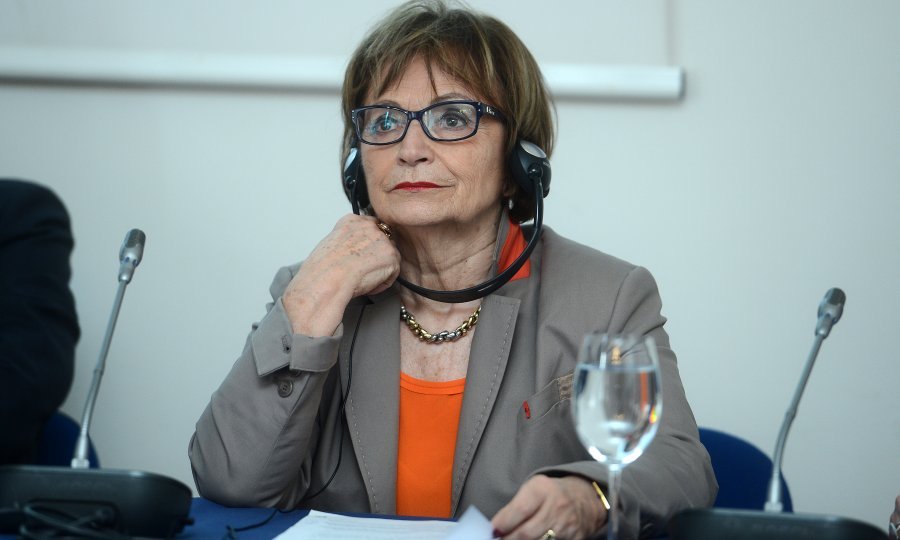 Member of the European Parliament Doris Pack said on Friday that the Croatian government's decision not to hold elections for the EP together with local elections was expensive and crazy.

I don't understand this decision and I don't think it's wise, because a lot of money is wasted that could have been invested in education, for example, Pack said at a round table on Croatia's European prospects at Europe House that was organised by the Zagreb branch of the opposition HDZ party.

She said that in many European Union countries elections for the EP were held together with local elections to ensure the biggest turnout possible. Asked by HDZ members how to do the best campaign for the EP election, she said the European People's Party would have helped them had it known the election would be held as early as April 14.

Pack recalled the difficult road towards Croatia's independence and the long EU accession negotiations, saying it was crucial for Croatia to use the EU funds as well as possible after accession.

You must have ready projects to use the funds in the best possible way, she said, adding that she knew many young Croats who interned in EP offices and were capable of preparing those projects.

Pack went on to say that earlier today she met the women from the "Bedem Ljubavi - Mothers for Peace" NGO whom she had helped during the war in Croatia and that her impression was that they had been forgotten.

You should bear in mind the suffering of those people and respect them because they are patriots, she said, adding that it was sometimes difficult to explain in the EP too that patriotism was not the same as nationalism.

A man in the audience asked Pack what she thought of the fact that a Zagreb square was named after Tito, whom he described as "one of the biggest criminals."

We in Germany had the experience of communism too which, compared to Yugoslavia, was a little more difficult. I think Tito wasn't Stalin after all but, since I don't live in Zagreb, I can't say how important this issue is at this moment, said Pack.