'Inconsistency of the ICTY' 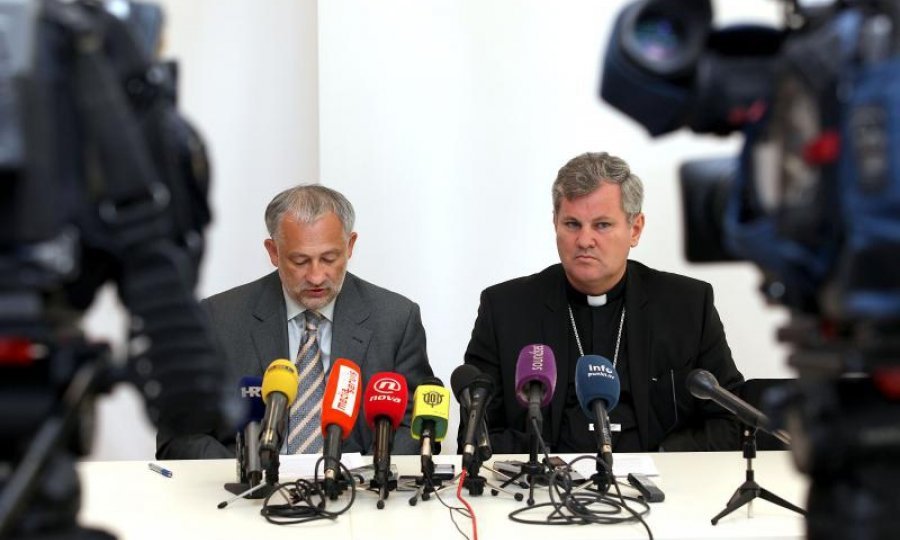 The Justice and Peace (Justitia et Pax) Commission of the Croatian Bishops' Conference (HBK) on Monday commented on a ruling by the ICTY trial chamber against six Croats from Bosnia and Herzegovina and called on the state to join efforts in an attempt to appeal the theory of a joint criminal enterprise.

"We call on all political structures to, based on the statements made by the President, to support the state's involvement in the procedure to refute the theory of a joint criminal enterprise and international conflict with all available legal means and to facilitate access for the accused to archives and new evidence, it this proves to be necessary", says a press release signed by the Justice and Peace Commission's president, Bishop of Sisak, Msgr. Vlado Kosic.

The commission calls for solidarity between the Croatian people and political leadership in Croatia so as not to contribute to creating a false picture of the role of Croatia's leadership at the time that could impact a final judgement referring to a joint criminal enterprise so that a just ruling can be passed down.

The commission regrets that the conflict between Croats and Bosniaks (Muslims) ever occurred. "The leadership of both armies that jointly defended their common homeland - Bosnia and Herzegovina against 'Greater Serbian' aggression at the time did not quite comprehend the tendencies of the international environment and foreign diplomacy that impacted the war in Bosnia and Herzegovina", the press release says, even though their joint forces managed to jointly liberate western Bosnia that led to the fall of general Ratko Mladic and managed to prevent genocide in Bihac after the Srebrenica episode.

The commission calls on unity amongst Croats in that country, saying that only unity can guarantee rights pertaining to a constitutive people under the Dayton Peace Accord.

Seeing that the Hague tribunal and its policy of accusations has not penalised crimes committed against Croats in Bosnia and Herzegovina, while sincerely regretting each and every Bosniak victim during the Croat-Bosniak conflict, the commission calls on the prosecution in Bosnia and Herzegovina to investigate and punish the perpetrators of crimes committed against Croats during the war.

The commission is not at all surprised with the acquittal of Jovica Stanisic and Franko Simatovic particularly since not one high ranking politician in Serbia or the Yugoslav People's Army (JNA) have been found guilty of joint criminal enterprise or for planning and committing the atrocities committed in Bosnia and Herzegovina and Croatia. "We cannot help feeling that this is amnesty for Serbia and its military, political and secret service leadership for the war in the former Yugoslavia", the press release says.

The commission, keeping in mind the "inconsistency of the ICTY", calls on Croatia not to withdraw its suit of genocide against Serbia which is vital for peace in the region. Otherwise we can expect new wars here because everything indicates that crime does pay, it said.

If the international community is not prepared through its ad hoc tribunal in The Hague to set lasting foundations for peace in these regions, which considering the latest rulings seems to be the case, then it is up to Croatia to do so, if for no other reason than to show piety to all victims and to prevent events like these to ever happen again, the HBK commission says.